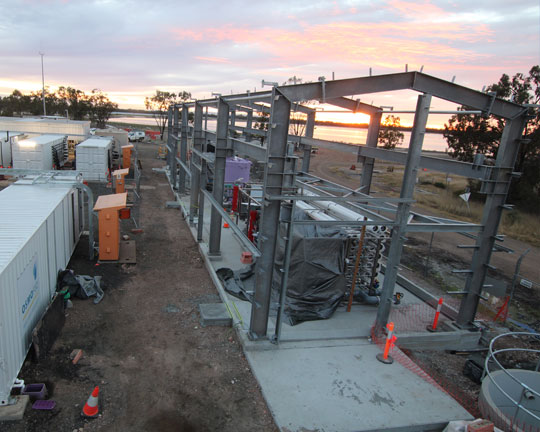 Spending jumps as SGP kicks off

Payments to Toowoomba-based companies increased from just under $1.9 million to $8.3 million.

Arrow’s spend with Indigenous businesses went up from $111,000 to $2.7 million in the same period, including certified professional Indigenous business Moec Pty Ltd, which has been engaged as a sub-contractor on two SGP tasks: the Daandine letdown system and the up-coming David inlet processing facility.

The change in spending reflects the start of Arrow’s Surat Gas Project (SGP). The first, 600-well phase of SGP was sanctioned by Arrow’s shareholders in April, 2020, with on-ground construction beginning last October.

More than 99 per cent of Arrow’s spending is with companies in Australia and New Zealand. Queensland alone attracted 39 per cent of the spend, or about $95 million.

In FY22 and beyond, these numbers will increase as contractors continue to mobilise for the SGP.

These figures are for money spent with other companies and individuals; they do not include payments to Arrow’s own, significant Dalby-based workforce – many of whom are permanent residents in either Toowoomba or the Western Downs.